New Lancet study: Half of your calories should be carbs and the rest should be plant-based proteins and fats

HomeBlogNew Lancet study: Half of your calories should...
back to Blog 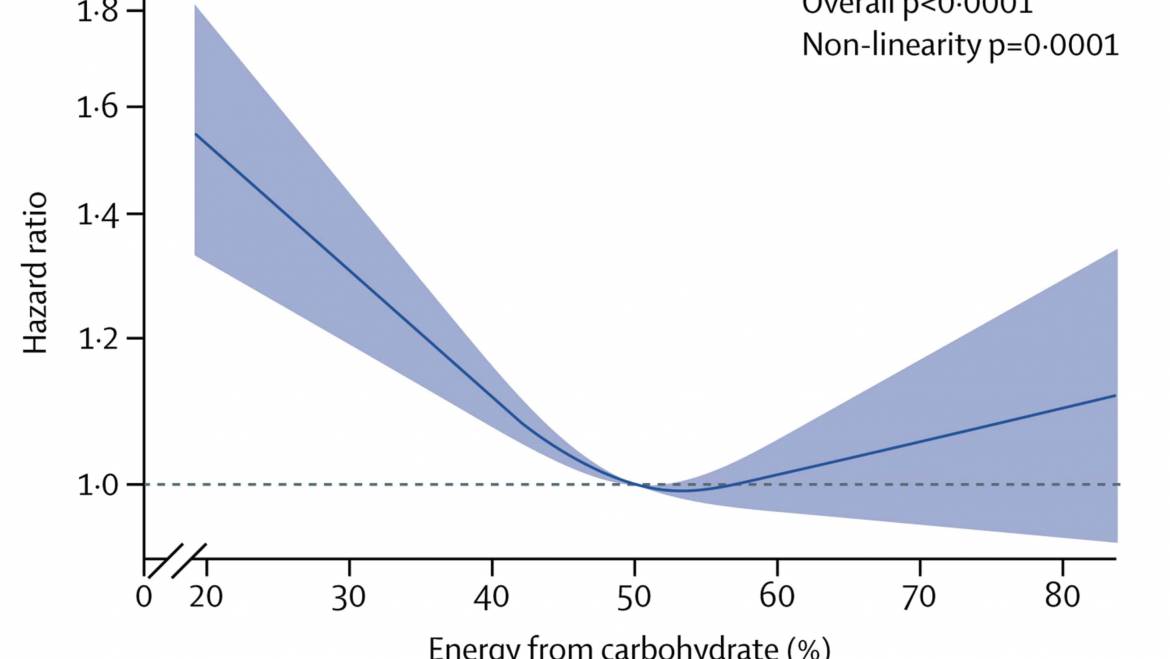 Over 15,000 U.S. adults aged 45–64 completed food-frequency questionnaires and were followed for roughly 25 years, during which 41% died. After multivariable adjustment, the highest mortality risk was observed in participants with the lowest carbohydrate intake, followed by those with the highest carb intake. The lowest mortality risk, meanwhile, was observed with carbohydrate intakes of 50%–55% of daily calories.

A meta-analysis combining this study with seven others corroborated the findings.

The researchers conclude, “These data … provide further evidence that animal-based low carbohydrate diets should be discouraged. Alternatively, when restricting carbohydrate intake, replacement of carbohydrates with predominantly plant-based fats and proteins could be considered as a long-term approach to promote healthy ageing.”

Any cookies that may not be particularly necessary for the website to function and is used specifically to collect user personal data via analytics, ads, other embedded contents are termed as non-necessary cookies. It is mandatory to procure user consent prior to running these cookies on your website.